Riding the Void 8 as my first rally finish

Signing up in June, it was one of those "what the hell did I just do?" moments.

After realizing it was just another long, themed scavenger hunt type game, I settled down to wait for the fun to begin.  Two weeks before the rally, the emails from the rally masters started.  When the bonus list hit, it was heavenly.  I could actually sit down, figure out what we were required to do and how long I really wanted to go.

Playing with all the options before the rally book hit the table, the route was pretty much set.  I was riding a bunch in scenic country and planned to enjoy it.  Yeah.  The rally book shows up a few days later.  Going thru the listings, it becomes apparent that reading comprehension is definitely required and a sharp mind can make up quite a few points just by paying attention.

And then, it was time.  As a full time college student, I cut my Thursday evening class with instructor approval (he knew where I was off to and doing).  Got a good night's sleep, up at 3AM at home in White Lake, MI with a full 600 miles to the start on the table.  I headed out the door at 4, intent on missing ALL the traffic in Detroit, Toledo and Cleveland.  It worked.  I flew east until about two hours into Pennsylvania on I-80 to Clearfield when the rain started.  And kept on.  As State College appeared, it was more than time to stop and relax with some food.  It was about 1PM with just a few more hours to Pottstown, so I killed an hour drying out and rehydrating well.  Time's up - lets get to the motel and dry out. 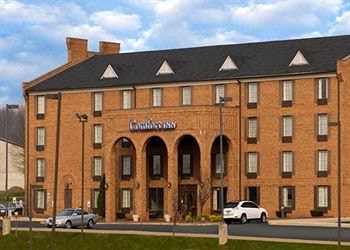 Arriving at the Comfort Inn and walking in to the lobby trailing a huge stream of water, the check in process went quick and I was in the room stripping from both ends.  <grin>  Everything went into the dryer, including the now empty tank bag.  It took two cycles to get everything dry enough to consider wearing again.  Hammy had set up dinner at the mexican restaurant just across the parking lot to honor the Pootstown riders and let us unwind a bit.  Good food, great company and some really interesting conversations.  It helped ease my tension for the first goal - have fun.  Second goal - finish. 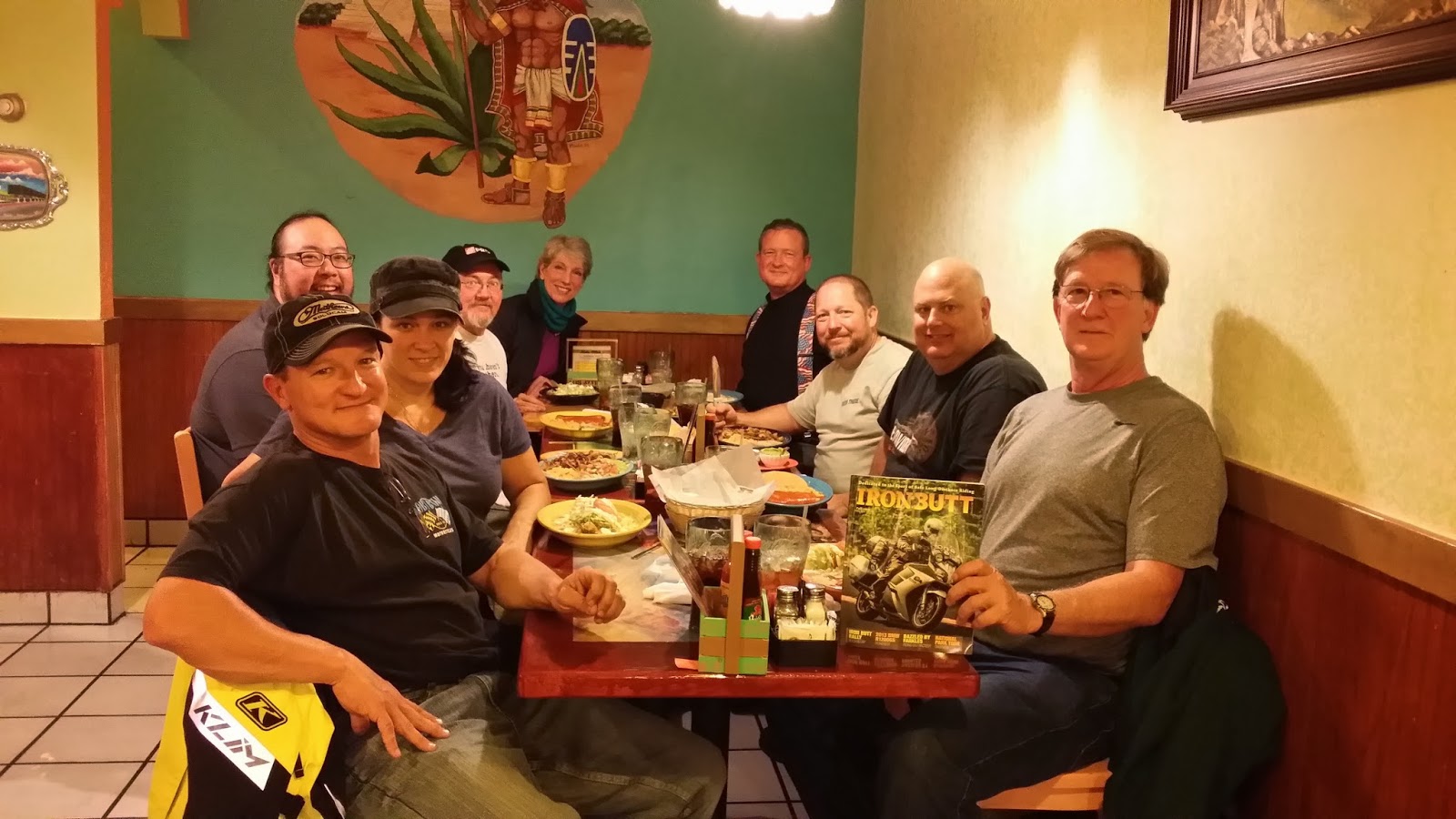 Sharing a room with Bruce was a great thing too.  We chatted about this and that, then got everything squared away for the morning.   The pillow was a wonderful thing and I barely remember hitting it with my head.

Up and at it on Saturday, the internal tension started again.  Don't screw it up, dummy!  I made a few last minute additions to the route by adding the YMCA and Motel 6 in town, then dumped the stop in Harrisburg after seeing the traffic snarled the day prior on my way east.  No way in heck was that an option anymore for me. 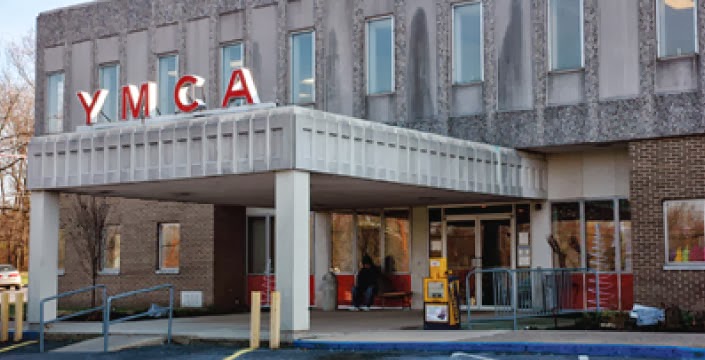 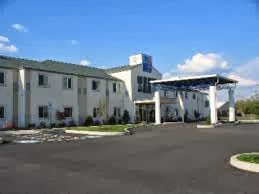 Instead, I cut SW to Winchester and snagged three bonuses there, including the Cracker Barrel restaurant double pic.  A very nice young lady was obliging when asked to take my picture with the towel in a rocker.

Bonus ID: CKB Available: After 10 a.m. Saturday Lat: Long: Points: 51
Alan Jackson
An American country music singer raised in Newnan, GA, he is known for blending traditional honky tonk and mainstream country sounds and penning many of his own hits. Alan Jackson has 2 Grammys, 16 CMA Awards, 17 ACM Awards, is a member of the Grand Ole Opry, and in the Georgia Music HOF. In 2009, Cracker Barrel Old Country Store, Inc. started to carry the "Alan Jackson Collection" which included a special release CD available exclusively at Cracker Barrel, cowboy style shirts and t-shirts, baseball caps, home goods including an old-fashion wooden rocking chair that has a metal plate of Alan's autograph on the headrest; toys, spices and BBQ sauces/rubs and a replica of his own personal cowboy hat. This is a 2 picture requirement: Take a picture at ANY Cracker Barrel Restaurant with you sitting in a rocking chair on the front porch (helmet must be removed not just flipped up) and a picture of your motorcycle with the same Cracker Barrel Restaurant in the background. Submit a business card from the Newnan, GA Cracker Barrel in addition to the required pictures and double the value of this bonus. 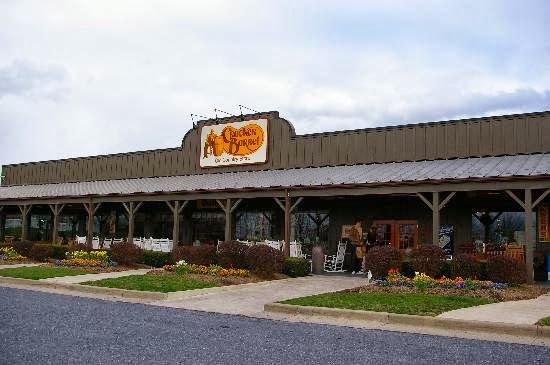 The other two bonuses were stops at the Patsy Cline Memorial Tower and the Rainbow Road. 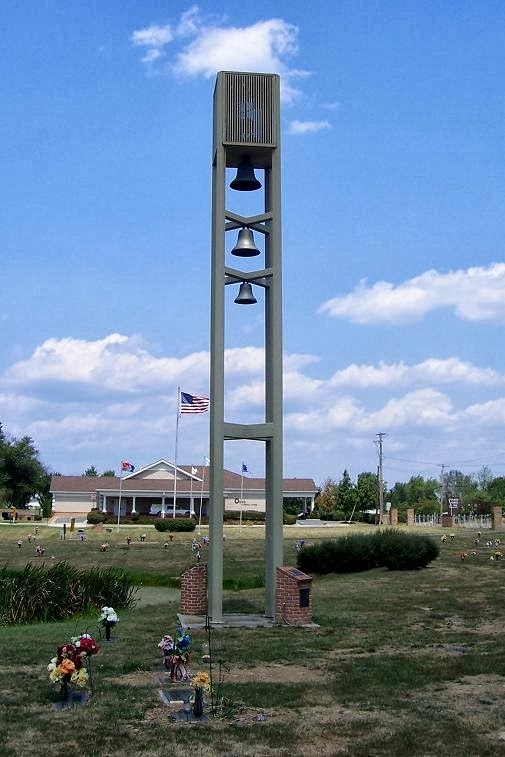 Bonus ID: RBW Available: 24 Hours Lat: 39.193 Long: -77.92 Points: 31 Sweet Dreams Rt 340 Rippon WV
'Sweet Dreams' tells the story of the passionate, fun-loving, soft spoken, loud-living life of one of country music's - and one of popular music's - greatest singing stars, Patsy Cline. This film covers the years 1956 through 1963, from her rise to fame and the top of the charts through TB talent shows and country bars - through her turbulent marriage to Charlie Dick and the demands of touring which would lead to the fatal plane crash. Take a picture of the Rainbow Road where Patsy had performed and the movie was filmed.

From there, it was a long run south to the Pink Cadillac Diner in Natural Bridge, VA and a picture of the pink Cadillac in front of the restaurant for my next points. 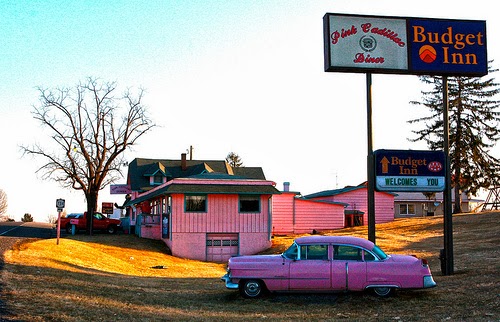 Filling up, I prepped for the fun riding upcoming thru the Smokies.  It's one of my favorite areas to play.  Nabbing several of the pre-planned stops without a hitch was a calming thing.

They included pictures of: 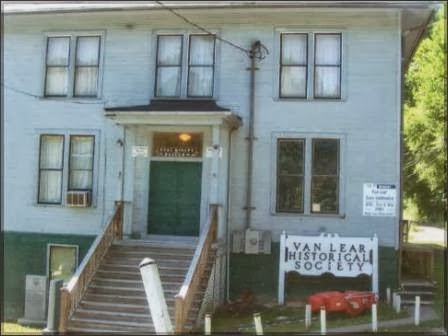 I was falling behind on time however, ending up getting to my rest bonus nearly two hours late.  I shut the bike off in their parking lot at 12:30AM. 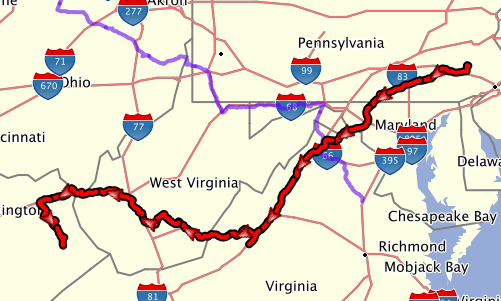 Walked into the Super 8 in Prestonburg, KY, requested a room and a wakeup call for just four hours later, the clerk just gave me "the look".  All you regular rally riders know it for sure.  You really are only staying for that short a time???  Getting the basics up to the room, I got dried off (did I mention it was raining again?).  Hung up the 'stich, stood the boots on end and set my phone alarm.  Riiiiiight.  Hitting the pillow, I dropped right off and slept uninterrupted by the long wakeup call and found a dead phone - for SIX hours.  AUGHHH!!!!  Panic mode.  Toss the stuff in the Givi case, grab the gear and make a dead run for the bike.  I had just enough time to make it back to Fredericksburg without incurring penalties.

I dump the rally routing, set my destination as the host hotel and, sure enough, the Garmin says arrival at 2PM.  Damn, damn, damn.  Mmm-hmm, I made up nearly 45 minutes on the way north and east, enough to stop for a whopping two bonuses just outside Fredericksburg:


Hit the host hotel, got my finishers envelope and set off to figure out the paperwork.  Remember, this is the first rally I'm actually finishing!  Toss the receipts in the pile, make sure the name and rider number were on all the rally book pages and finish up the bonus log.  Every picture/stop must have an entry with date, time, odometer mileage and what you're logging.  If you forget to log it, you lose the bonus aka leaving points at the table.  It looked like nearly 1300+ points as I counted it.  Woo-hoo!  I won't be last, my third possible goal.  Turned in the rally pack and began the wait for scoring while trying to stay awake.  It wasn't too long before I was seated before my scorer, Rick Miller(?).  He set me at ease and we went through the list.  Frack!  I knew that picture at the Kentucky Fire Station was dark, but it didn't pass muster, losing me the 67 points for it via the double live album credit.  Oh, well.  My Tom T Hall picture?  No log entry.  Grrrr.  Stupid rookie error.  My extra three plus hours of rest more than made up for it.  lol!!!  I also screwed up the TXT bonus where we were supposed to send a text to the rallymaster between 6:15 and 7:15 pm on Saturday. 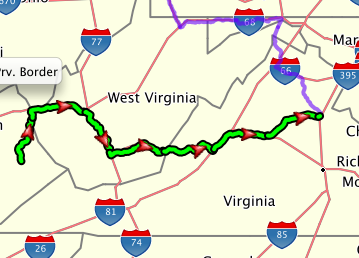 I had a room reserved at the Motel 6 down the road, but wasn't feeling like getting on the bike again.  Sooo, I head for the front desk and see about a room.  YIKES!  They only have suites available, but you only live once.  Pass the card over, ride back to the other side of the motel and get settled in.  The 45 minute shower was wonderful.  Muscles relaxed and freshened up, it was time to go socialize with the gang.  Dinner was stupendous, the other riders delightfully entertaining and the Rally Masters hilarious.  All too soon, it was done.  Back to the room, settle in for the best night's sleep in quite a bit and no deadlines to meet.  The only thing left for the weekend was the ride home and I had a doozy of a fun time planned. 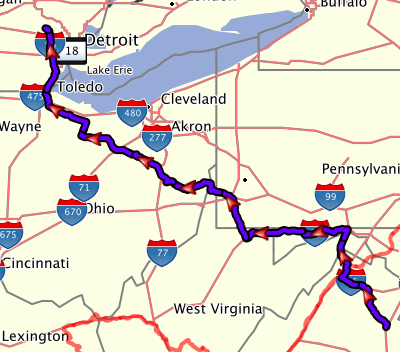 Just 4 miles on I-95 and then it was secondaries all the way to Martinsburg, WV.  From there, over the low mountains via I-68 to Morgantown, then off on Route 250 thru Ohio.  It was a relaxing ride, taking over 12 hours out of my day.  The dog went crazy as he heard the garage door open.  The wife?  All I got was, "it took you longer than you said."  hehehe

Yeah, when I go for a ride, it usually does.

Added today:  the results.  Not first, not last, had tons of fun, ate a lot of Aleve over four days and made bunches of new friends. 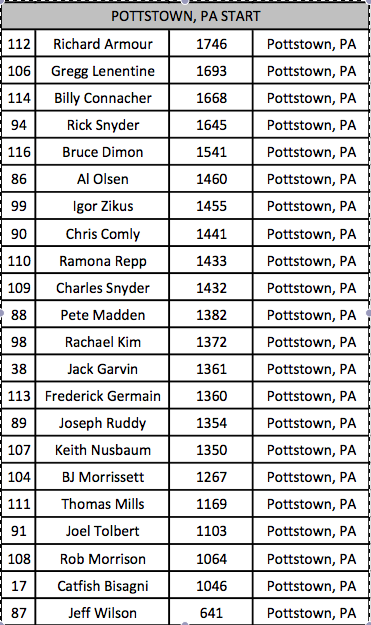 And a quiet thanks to the very polite State Trooper in VA that just wanted to see what the grey haired old guy was up to (other than his speed) so early on a Monday morning.  That's my story and I'm sticking with it.

Finally getting around to repairing the bike today.  On the way home from the rally, my rear brakes announced they were totally worn out and a rear wheel bearing started to talk too.  I ordered all the parts off eBay for under $75 to do both sets of wheel bearings and all the pads.  Brakes are under 30 minutes work, but the bearings will be done at the college shop on Monday morning when I finally get back on the horse.